History of the PBA

Before the PBA was created, bowling was broadcast on television sporadically starting in the 1950s. NBC began with the telecast called Championship Bowling. Shortly after that weekly regular bowling telecasts began. Make That Spare and Jackpot Bowling began being telecast nationally.

With the popularity of the new bowling TV shows there was a desire to start a professional bowling division in the United States. The man who had the desire and know how to accomplish this was Eddie Elias. He was a sports agent based out from Akron, Ohio. During the 1958 American Bowling Congress (ABC) tournament in Syracuse, New York, sixty men attended a special presentation by Eddie Elias. The list of attendees included some of the top names in the sport of bowling. Don Carter, Frank Esposito, Buzz Fazio, Matt Lebhar, Carmen Salvino, Billy Welu, Glenn Allison, Steve Nagy, Harry Smith, Ray Bluth, Dick Hoover, Bill Bunetta, Bobby  Bellew, and Junie McMahon. After listening to his proposal, thirty-three of the men donated $50 each, totaling $1,650 to start the organization, which was later incorporated in 1958 with its headquarters in Akron, Ohio. The investors became charter members of the PBA giving them life time membership.

PBA competition began in 1959 with three tournaments. The first ever PBA tournament was the Empire State Open. It was won by Lou Campi. The next two tournaments were won by Dick Weber.

The PBA Tour slowly built an audience and expanded to seven tournaments in 1960, then 13 in 1961. Then it really took off and a staggering (for that time) 30 PBA Tour stops were bowled in 1962. Dick Weber would become the first "face" of the PBA by winning 10 of the first 23 events held, including seven in 1961.

While the PBA was gaining popularity and growing it was not a national sporting event. Many of the pro bowlers regularly appeared on Jackpot Bowling and Make That Spare but Eddie Elias wanted more for his franchise. He led an effort to give the PBA a permanent home on television. Finally in 1965 he found one. ABC Sports agreed to give him his opportunity. However being on TV required money, lots of money. Combined with the continued support of the charter members, the PBA gathered sponsorships from the Ford Motor Company, Coca-Cola, True Value and what would become the PBA’s all time biggest sponsor, Firestone.

With these new sponsors and a national television platform the PBA experienced growth in its popularity, tournament schedules and prize funds. Annual incomes for professional bowlers became competitive with other professional sports. A Sports Illustrated article in 1963 noted that top bowler Harry Smith made as much money in 1963 as Major League Baseball’s NL MVP Sandy Koufax and NFL Football MVP Y.A Tittle combined. The 1965 Tournament of Champions was the first PBA event to offer $100,000 in prize money.

As television exposure increased for the PBA, it spun off a Seniors Tour in 1981, with Bill Beach winning the first seniors' championship that year.

The 1990’s were not kind to the PBA. With country wide growing economic problems not just the PBA was hard hit. All of bowling was feeling the pinch. Bowling centers were beginning to close and league membership was dwindling. The PBA lost popularity and its home with ABC. The PBA was in trouble. Elias continued to be involved in the PBA until his death in 1998.

The Recent History of the PBA

In March of 2000 the PBA was purchased by former Microsoft executives Chris Peters, Rob Glaser and Mike Slade and the corporate headquarters were moved to Seattle, Washington. Together with CEO Steve Miller, who is a former Nike executive, they are credited with rescuing the PBA from the brink of extinction.

In 2009 a PBA Era came to an end. The PBA always broadcasted its finals live. However, financial difficulties and the overall state of the U.S. economy caused the PBA tour to reduce the number of tour stops and overall events. It was also forced to reduce the number of live TV finals that it broadcasted. Along with reduced stops, prize funds for some standard tournaments were reduced, starting in 2010, with as little as $15,000 going to the winner.

Now days a single Baseball star or Football star makes more in one year than the entire membership of the Professional Bowlers Association combined.

The PBA has fought through struggles in the past. In its short history they have proven that they can overcome adversity. To be a professional you have to LOVE the game of bowling. There are no million dollar signing bonuses when you join the pro tour. In fact you have to pay to join. You don’t get a guaranteed million dollar contract to participate. If you’re lucky you’ll win enough to pay your expenses for the week. If you’re really lucky (and good) you can still make a decent living bowling on tour.

Other than the chance of winning money, you also get the privilege to bowl and compete with the greatest bowlers in the world and work your way towards becoming one of them. If you are good at bowling, becoming a PBA member is easier than becoming a Major League Baseball player or National Football League player.

Even if you’re not professional caliber you can still play the game you love. Can you go out tonight and play in a baseball game or a football game? No, but you can go out and bowl tonight.

Bowling still remains the greatest participation sport in the world. The PBA may be down but it is NOT out! It will rise again (and it has already begun) as will all of bowling. But it is up to US, WE must support the game we love. Get out and go bowling. Participate in some of the PBA regional events. You don’t have to be a pro to do that.

Visit your local Bowling Center, Have a bowling birthday party or celebrate any occasion or event with a bowling party. Open bowl with family or friends. Join a Bowling League, Participate in Bowling Tournaments, join the local ABA (Amateur Bowlers Association),

have fun, help bowling and MAKE A DIFFERENCE!

For those of you who do this, Capital Area Bowling Review and the Amateur Bowlers Association says a very BIG, 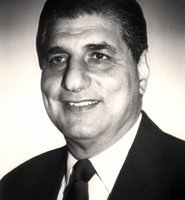 To submit any bowling related information